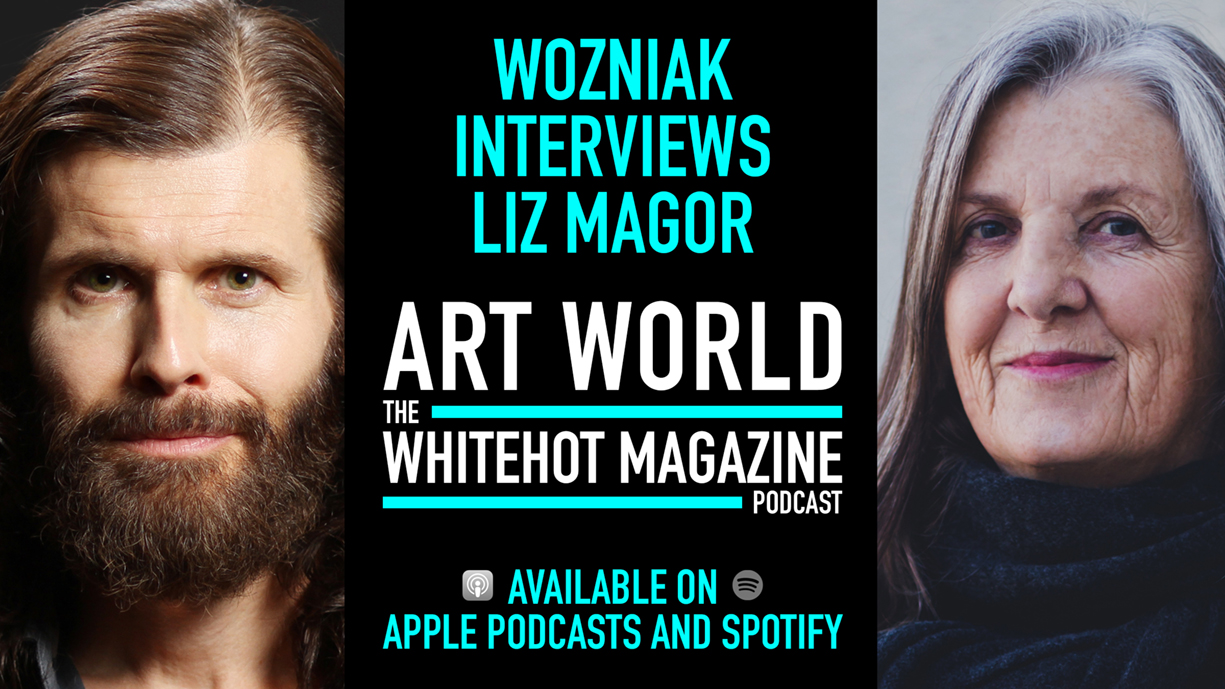 Guest host Stephen Wozniak interviews celebrated sculptor Liz Magor on the November 23, 2022 episode of Art World: The Whitehot Magazine of Contemporary Art podcast. They discuss key themes in the work of Magor’s four-decade career, her rigorous studio practice, and the release a her book, Subject to Change, the newest addition to the University of Concordia Press’ Text/Context series, which seeks to reveal artists’ relationships with their work.

In Subject to Change, Magor utilizes a narrative to make sense of her own body of artwork and themes, including subject/object relations and transformations; consumption and commodification; human attachment, relationships and complexities of time, as well as her own life as a feminist artist in a settler-colonial society.

Liz Magor works in numerous three-dimensional and pictorial media – from ephemeral fabrics and robust cast steel to cardboards boxes and even the ash of extinguished cigarettes – and has produced a substantial body of work over the course of her remarkable 40-plus year career.

Magor was born in Winnipeg, Manitoba, Canada. She lives and maintains a rigorous studio practice in Vancouver, British Columbia. Magor’s work has been the subject of numerous major survey solo exhibitions, including those at Kunstverein in Hamburg, Germany, Migros Museum in Zurich, Switzerland, the Art Gallery of Ontario in Toronto, Canada and Triangle France in Marseilles, France. Magor has also participated in such venerable international art exhibitions as Documenta, Kassel and the Venice Biennale.

She and her works have been written about in such notable international publications as The New York Times, Art News, Artforum, The Toronto Star, and Art in America, and in such books and catalogs as Elements of Nature, Contemporary Canadian Art, and Immaterial: Rules in Contemporary Art, among others.

Magor is one of Canada’s most celebrated artists and the winner of such prestigious awards like Audain Prize for Lifetime Achievement in the Visual Arts and the Gershon Iskowitz Prize. Also lauded internationally, Magor recently received the French Order of Arts and Letters medal for her contribution in the arts.

Stephen Wozniak is a visual artist, writer and actor based in Los Angeles. His works have been exhibited in the Bradbury Art Museum, Cameron Art Museum, Leo Castelli Gallery at Brenau University, and Lincoln Center, among others. He has performed principal roles on such network television series Star Trek: Enterprise, NCIS: Los Angeles, and the double Emmy Award-nominated television special Time Machine: Beyond the Da Vinci Code, among others. He earned a B.F.A. from Maryland Institute College of Art and attended Johns Hopkins University in Baltimore, Maryland. He lives in Los Angeles, California and maintains a fine art studio practice in Wilmington, North Carolina.