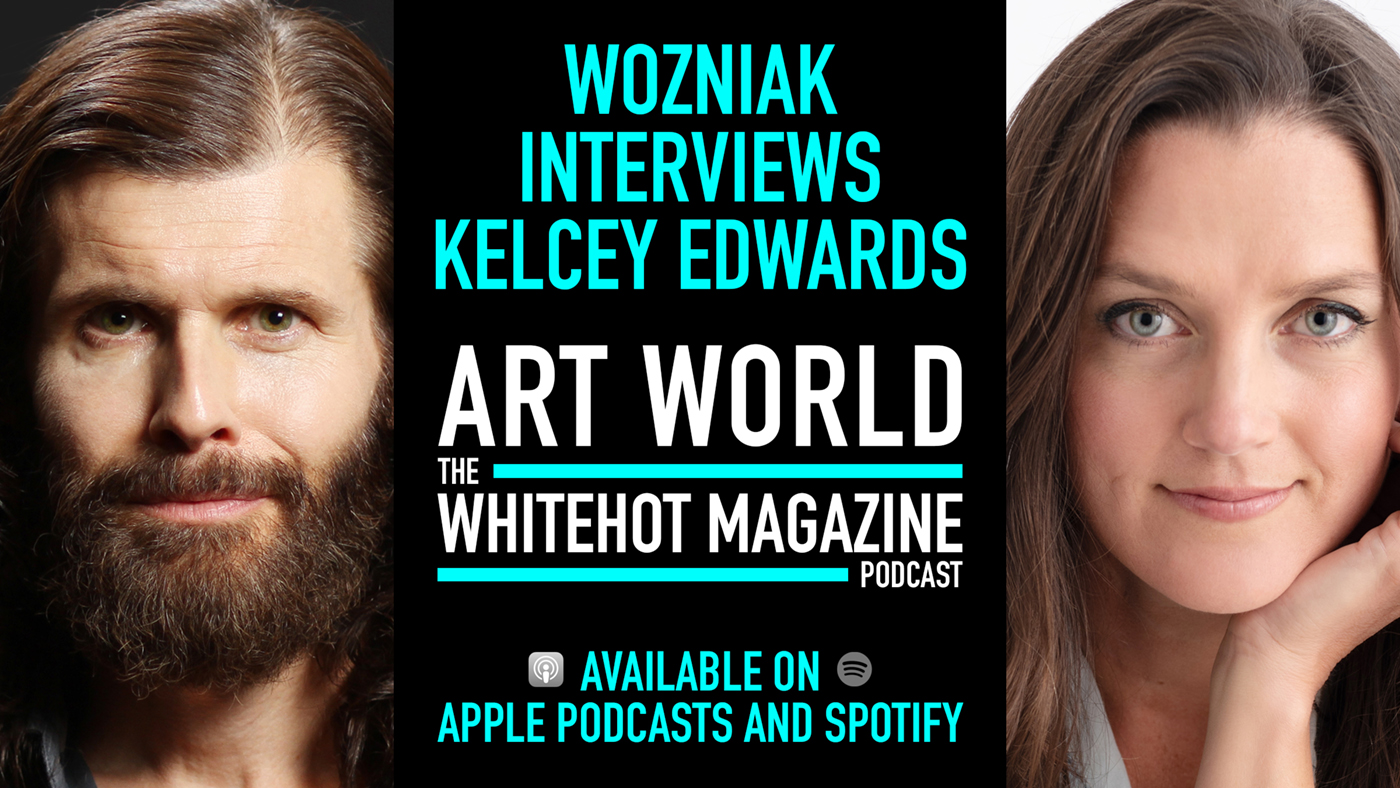 Guest host Stephen Wozniak interviews filmmaker, writer and independent art curator Kelcey Edwards on the July 9, 2022 episode of Art World: The Whitehot Magazine of Contemporary Art podcast. They discuss the production and release of Kelcey’s new groundbreaking documentary feature motion picture The Art of Making It, a critical tapestry about the transformation of the professional visual arts world ecosystem; her work as a producer on the PBS documentary Wonder Women! The Untold Story of American Superheroines, as well meeting the original television Wonder Woman, Lynda Carter; legendary women’s rights activist Gloria Steinem, and celebrated artist Frank Stella during the course of her work, among other timely topics.

An award-winning filmmaker, author and art curator, Kelcey Edwards received an MFA in Documentary Film from Stanford University. Her producer credits include Wonder Women! The Untold Story of American Superheroines (SXSW premiere, PBS Independent Lens broadcast) and Words of Witness (Berlin Film Festival premiere, Al Jazeera America broadcast). As a director, her films have screened at many of the top film festivals in the country, including the South by Southwest Film Festival and the Hamptons International Film Festival. Kelcey’s fiction writing has appeared in storySouth magazine and Border Crossing; her art writing has been published by Hamptons Art Hub, Portray Magazine and Salomon Contemporary, and her nonfiction has been published by Stanford University Press.

Kelcey also is the founding director of Iron Gate East, a fine art exhibition series based in the Hamptons of New York inspired by her pioneering art gallery, Iron Gate Studios, which she co-founded in Austin, Texas in 2003. Kelcey has served as a lecturer and panelist at several colleges and universities, including Pratt Institute, Barnard College, The New School for Social Research, the New York University Tisch School of the Arts, and she will be joining Hoftsra University as a professor in the television and film department in the fall of 2022.

Stephen Wozniak is a visual artist, writer and actor based in Los Angeles. His works have been exhibited in the Bradbury Art Museum, Cameron Art Museum, Leo Castelli Gallery at Brenau University, and Lincoln Center, among others. He has performed principal roles on such network television series Star Trek: Enterprise, NCIS: Los Angeles, and the double Emmy Award-nominated television special Time Machine: Beyond the Da Vinci Code, among others. He earned a B.F.A. from Maryland Institute College of Art, as well as attended Johns Hopkins University in Baltimore, Maryland. He lives in Los Angeles, California and maintains a fine art studio practice in Wilmington, North Carolina.